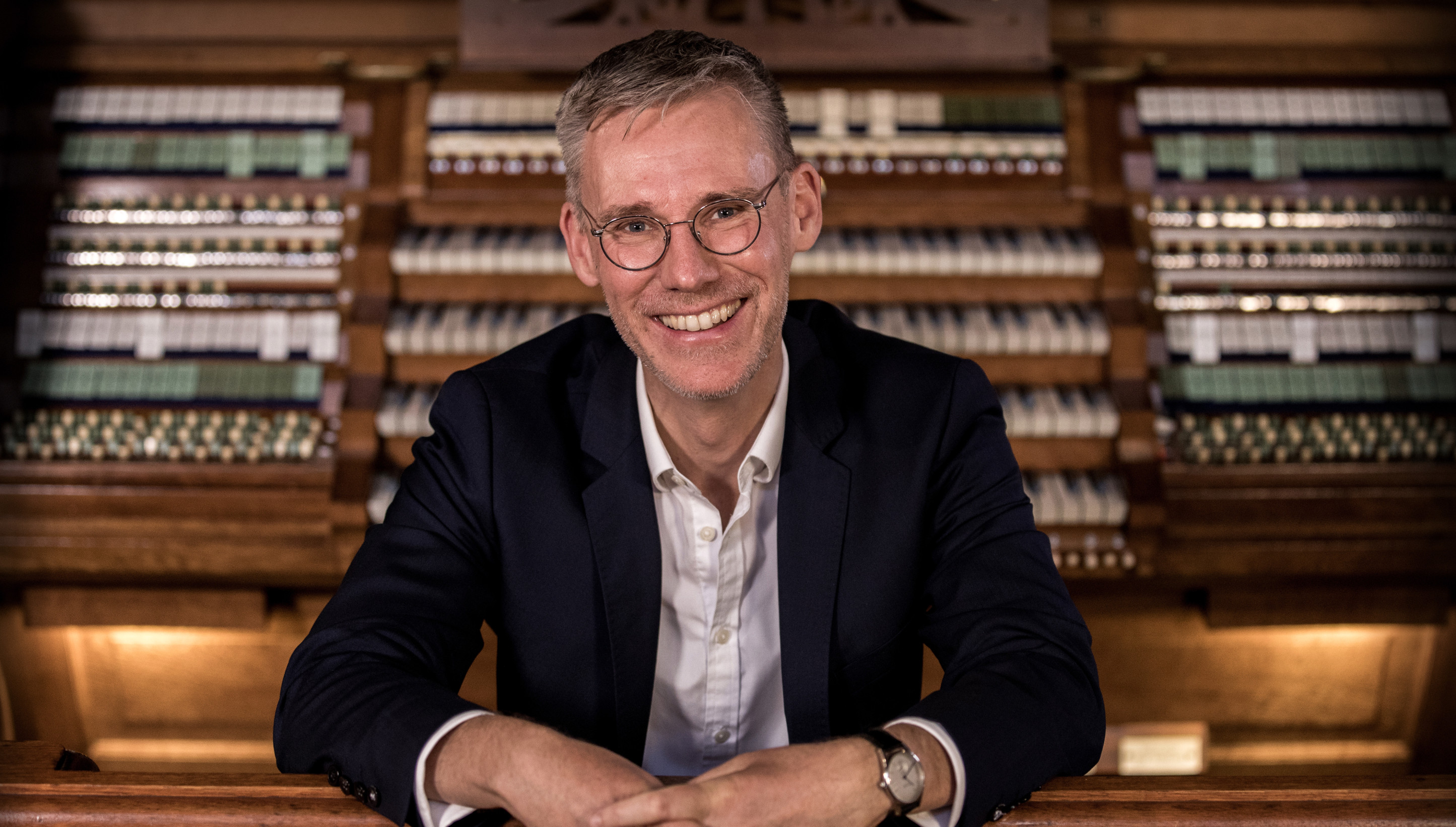 Andreas Sieling has been the cathedral organist at the great Sauer organ at the Berliner Dom since 2005.

Numerous concert tours take him to almost all European countries, Russia, the USA and Canada. He is also regularly involved in CD, radio and film recordings. The publication of scientific works and the editing of unknown romantic music of the 19th century complete his activity.

Since 1999 Sieling has taught artistic organ playing as well as additional performance practice, organ literature studies and organ methodology at the Berlin University of Arts (Universität der Künste, UdK), which appointed him as professor. In addition, he gives master classes in Germany and abroad, works as an organ expert, and is in demand as a juror at competitions. In 2020 he was awarded with the title church music director.

Since 2015, Andreas Sieling has been performing together with actor Ben Becker. He conceived the music for his play „I, Judas“ and performs it regularly. He also collaborates with Martina Gedeck and Matthias Brandt.

In the format „organ and dance“ a project with choreographer Sasha Waltz and her dancers took place in May 2021. For the first time, he performed the complete organ works of Johann Sebastian Bach on the Great Sauer Organ in the Berlin Cathedral. Most recently, his CD „Berlin“ (on the Dabringhaus & Grimm label), which brings together compositions by Berlin composers of the 19th and early 20th centuries - including several first recordings - was released in 2020. For this CD he received the prestigious Opus-Klassik as „Instrumentalist of the Year 2021“.